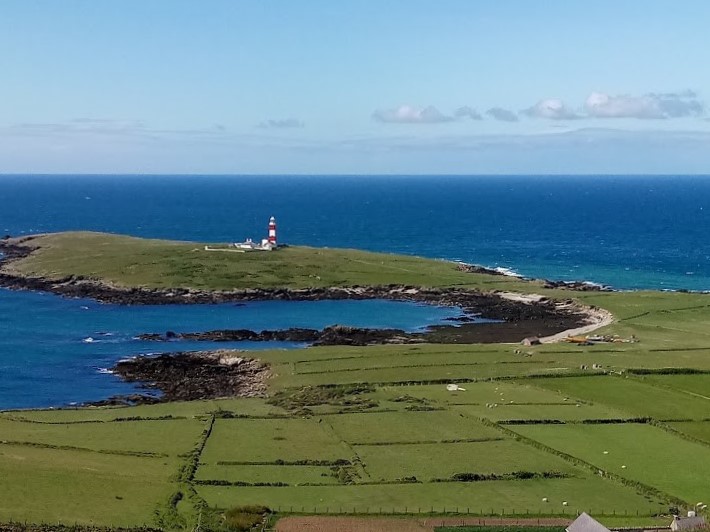 Join us for a week’s retreat in the unique and beautiful setting of Bardsey Island.  Bardsey (or Ynys Enlli –the island of tides) lies two miles off the tip of the Llyn Peninsula in North Wales, and has been an ancient religious site from the 6th century onwards. In medieval times an Augustinian Abbey there became the end point for thousands making pilgrimages across North Wales and it is said that 20,000 saints are buried on the island.  Until a hundred years ago the island had a population of up to 200 and several farms. Now there are only a handful of permanent residents, but many people make the journey there to stay for a week –  some to watch the many and rare birds (the island has a Bird Observatory, and is a National Nature Reserve and SSSI), some to write or paint or make music, and others on pilgrimage or to make a retreat. These days the island is very carefully managed by Ymddiriedolaeth Ynys Enlli/The Bardsey Island Trust.

The early monastic island dwellers believed that nothing was secular because everything was sacred: nothing is outside God’s love and grace. They believed that the presence of God infuses daily life and thus transforms it, so that any moment, any relationship, any object, any job of work, can become an encounter with God. They sought out wild and remote places to focus on the seeking of God who is ‘the one thing necessary’ – the very foundation of life.  Our hope is that a week spent on Bardsey in retreat will underscore this foundation in us and help us, once back on the mainland, to refocus our daily lives accordingly.

This retreat will be spent mostly in silence to help us engage more deeply with the inherent holiness of the island. There will be shared evening prayer, usually in the 19th century chapel, and one-to-one spiritual accompaniment will be offered in the tradition of St Beuno’s Jesuit Spirituality Centre.  Living a simplified life for a week will connect us to the spirituality of the island - a spirituality earthed in the ordinary, but amid great beauty and (sometimes)quite harsh weather.

The accommodation, though comfortable and hygienic, is fairly basic. The properties are solidly built but there is heating only in the sitting room area, drinking water comes from the island’s spring, personal washing is from a bowl, and the toilets are located in small sheds in the gardens.  Vegetarian meals will be provided but catering for complex dietary needs may not be possible, although please ask.  You will need to bring plenty of warm and waterproof clothing, and foot-ware suitable for rough ground. Your luggage is transported to and from the mainland car park and on the island, but access to the boat involves a 15-20 minute walk descending to Porth Meudwy near Aberdaron before a short open boat crossing of approximately 20minutes.  There is no transport on the island apart from farm vehicles.  Retreatants will need a sufficient level of fitness to be able to walk approximately 3/4 mile on a rough track from the landing place to the accommodation, then to meals and chapel during the retreat, as well as to benefit fully from wandering around the island on sloping and uneven paths.  For these reasons, please take into account your physical abilities when considering applying for the retreat.

If you are excited by all this, please make an initial enquiry about the retreat and request the booking form by emailing St Beuno's on info@beunos.com.  We are assuming rooms with single occupancy. There is one budget room that has an internal window available on a first-come, first-served basis. Once we receive your application we will be in touch with further details to help you to decide finally if this is the right retreat for you.

£720 that includes return ferry crossing cost(£60) and all meals.

One budget room £500 including ferry and meals.

It costs around £25,000 per week to run St Beuno’s. The suggested offerings indicated help us to cover our costs, but no-one should feel excluded for financial reasons and bursaries to help with the cost are available.

If you would like to donate to our Bursary fund and enable others to visit St Beuno’s, please contact us or speak to us when you are here. 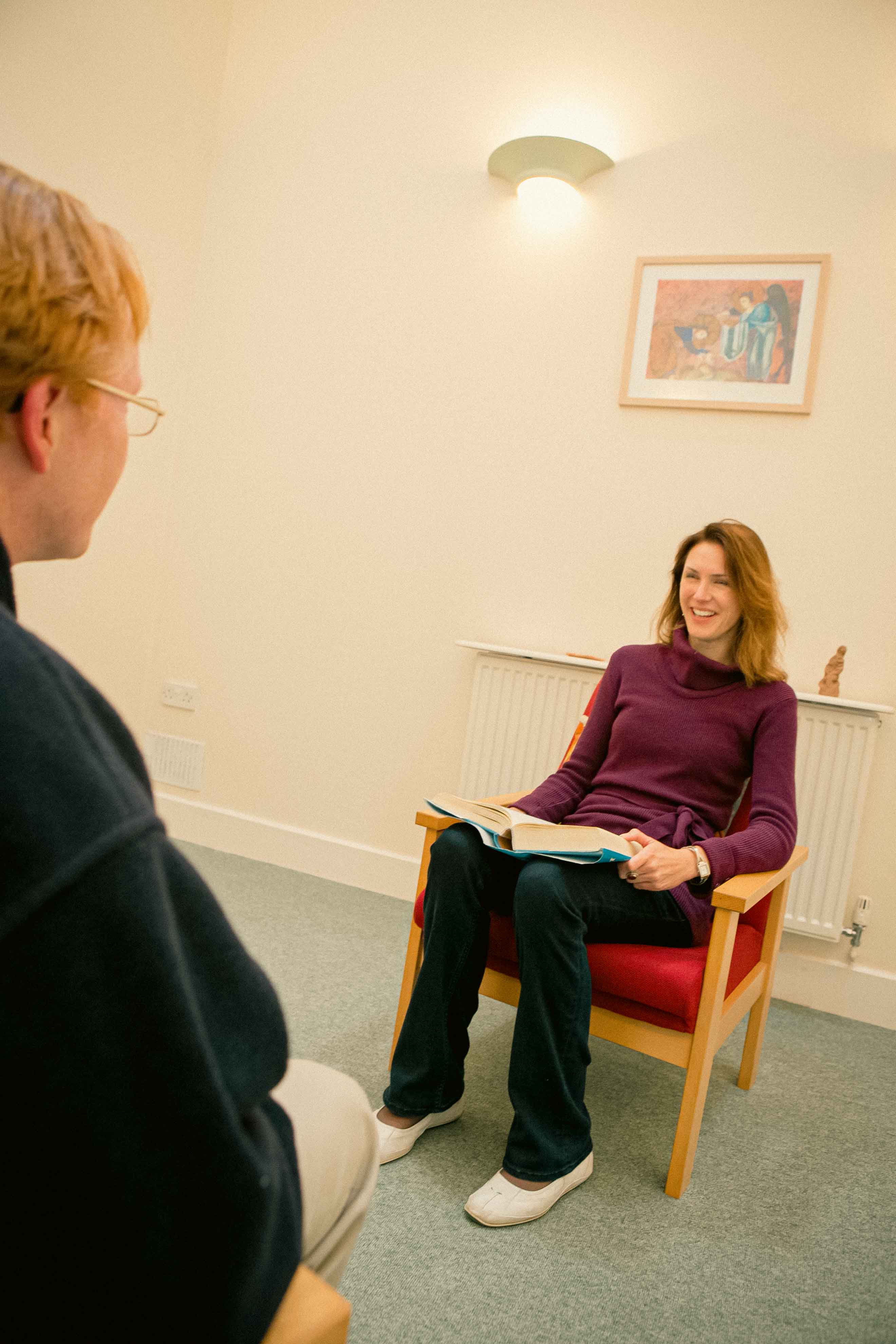 Individually Guided Retreat (IGR)
An individually guided retreat offers you the time and opportunity to pay attention to God and to be more aware of God’s work in your life. It also gives the space to pray and to reflect on your life, to consider the decisions you have to make, and the priorities you want to set.
This event is fully booked, click here to sign up to the waiting list.
In-person

Individually Guided Retreat (IGR)
An individually guided retreat offers you the time and opportunity to pay attention to God and to be more aware of God’s work in your life. It also gives the space to pray and to reflect on your life, to consider the decisions you have to make, and the priorities you want to set.
This event is fully booked, click here to sign up to the waiting list.
8 Day Retreat
In-person

Living The Ignatian Charism: What It Means To Live The Spiritual Exercises

Themed Retreats
Ignatian Spirituality and the Spiritual Exercises offer an approach to life that can encompass our whole experience – seeking and finding God in all things.
This event is fully booked, click here to sign up to the waiting list.
In-person
My life
See all retreats & programmes